East End Books Ptown is Thrilled to Announce: A Virtual Book Event August 29th @6pm with Hanif Abdurraqib. Hanif is a poet, essayist. and cultural critic, and a member of the poetry collective Echo Hotel with poet/essayist Eve Ewing. Get ready for a very special evening with a multitalented artist! Hanif  has been named a 2020 United States Artists Fellow, sponsored by the Pillars Fund.

If you would like a signed book from the event, purchase the title(s) below in advance. Registration via eventbrite is required. Register here:    Zoom Link: https://us02web.zoom.us/j/89192144415

Hanif Abdurraqib is a poet, essayist, and cultural critic from Columbus, Ohio. His poetry has been published in Muzzle, Vinyl, PEN American, and various other journals. His essays and music criticism have been published in The FADER, Pitchfork, The New Yorker, and The New York Times. His first full length poetry collection, The Crown Ain't Worth Much, was released in June 2016 from Button Poetry. It was named a finalist for the Eric Hoffer Book Prize, and was nominated for a Hurston-Wright Legacy Award. With Big Lucks, he released a limited edition chapbook, Vintage Sadness, in summer 2017 (you cannot get it anymore and he is very sorry.) His first collection of essays, They Can't Kill Us Until They Kill Us, was released in winter 2017 by Two Dollar Radio and was named a book of the year by Buzzfeed, Esquire, NPR, Oprah Magazine, Paste, CBC, The Los Angeles Review, Pitchfork, and The Chicago Tribune, among others. He released Go Ahead In The Rain: Notes To A Tribe Called Quest with University of Texas press in February 2019. The book became a New York Times Bestseller, and was met with critical acclaim. His second collection of poems, A Fortune For Your Disaster, was released in 2019 by Tin House. He is a graduate of Beechcroft High School.

"The Summer A Tribe Called Quest Broke Up" in Muzzle

"When We Were 13, Jeff's Father Left The Needle Down On A Journey Record Before Leaving The House One Morning And Never Coming Back" and "The Author Explains good kid, m.A.A.d. City To His White Friend While Driving Through Southeast Ohio" in Vinyl

"If It Is The Summer Of 2009", "At My First Punk Show Ever", and "The Author Writes The First Draft Of His Wedding Vows" in Electric Cereal

"Genesis 9: A Suite For Those Declaring Themselves To Heaven" in Radius

"Ode To Drake, Ending With Blood In A Field", "Ode To Tom DeLonge, Ending In A Wedding", and "Newport Music Hall, 2001" in Drunk in a Midnight Choir

"Ode To Britney Spears, Ending In A Flood" and "The Ghost Of The Author's Mother Has a Conversation With His Wife About Highways" in Stirring

"Ode To Pete Wentz, Ending In Tyler's Funeral" and "When I Say That Loving Me Is Kind Of Like Watching The World Cup" in Drunk in a Midnight Choir

"1995. After The Streetlights Drink Whatever Darkness Is Left", "All Of The Black Boys Finally Stopped Packing Switchblades", "My Wife Says It's A Good Thing Humans Don't Hold Fear", and "Ode To Jay-Z, Ending In The Rattle Of A Fiend's Teeth" in Winter Tangerine Review

"I Don't Remember The Whole Summer When "Do The Right Thing" Dropped", and "On Hunger" in The Offing

"The Music Or The Misery", "USAvCuba", "Dispatches From The Black Barbershop, Tony's Chair (1996)", and "In Defense Of Moist" in Western Beefs

"There Is A Street Named After Martin Luther King In Every City", and "Dispatches From The Black Barbershop, Tony's Chair (1996)" in Sidekick Lit

"After The Cameras Leave, In Three Parts" in PEN American

"Poems From an Email Exchange" in Medium

"Cutting Crew - (I Just Died) In Your Arms Tonight," "With Each Passing Year, The List of Animals I Could Outrun Gets Smaller and Smaller," and "Soul Decision - Faded, 2001" in Powderkeg

"Sunday, I-80" in Up The Staircase Review

"It's Just That I'm Not Really Into Politics" in BOAAT

"Just Like That, A New Black Child Is Born To Replace The Buried One" in Adroit

"Kelis - Milkshake" and "This Is A Completely True Story About Ken Griffey Jr." in Twelfth House

"If Life Is As Short As Our Ancestors Insist It Is, Why Isn't Everything I Want Already At My Feet" and "Watching A Fight At The New Haven Dog Park, First Two Dogs And Then Their Owners" at Narrative Northeast

"On The Filming Of Black Death" in Southern Humanities Review

SELECTED ESSAYS AND OTHER WRITINGS

"On Joy" in Drunk In A Midnight Choir

"My Heart Will Go On Turns 20" in Stereogum

"'In the Morning, I’ll Be All Right: Marvin Gaye and The Unlikely Patriotism of Resistance" in Pacific Standard

"On Paris, The Bataclan, And All The Young Muslims Who Still Wish To Dance" in Fusion

"In A City Marked By Change, Columbus Crew SC Remain A Unifying Force" for MLS

"Dear 14 Year-Old Boy, You Are Not Entitled To Sex" in Bright"

"Sneakers, Through The Looking Glass" in The Nation

"Macklemore's "White Privilege II" Didn't Move Me, But That's Not The Point" in The FADER

"On College" in Winter Tangerine Review

"Poetry As Emo" in Alternative Press

"Drake is an Annoying Fan, But He's Living the Dream" in ESPN

"Cut Away, Cut Away: At The Drive In's Lifetime Of Stops And Starts" in NPR

The Word Of Greatest Potential: A Conversation with Nate Marshall in Blavity

The People You Bring With You: A Conversation with Mychal Denzel Smith in Seven Scribes

Out of Bounds: R&B and Much More, From Gallant in Village Voice

REVIEWS AND PRESS FOR THE CROWN AIN'T WORTH MUCH

Five Reasons to Read: The Crown Ain't Worth Much in Winter Tangerine Review

The Sweetest Debut: Hanif Willis-Abdurraqib on ‘The Wire’, Zora Neale Hurston, and Kendrick Lamar in Flavorwire

Review in Seattle Review of Books

Visual Interview in Fear No Lit

"Whose America?: An Interview" in Ploughshares

Poems and Conversation with Paul Tran in The Rumpus

"Vida Reads With Writers" in Vida

A Fortune for Your Disaster (Paperback)

Go Ahead in the Rain: Notes to a Tribe Called Quest (American Music) (Paperback)

They Can't Kill Us Until They Kill Us (Paperback) 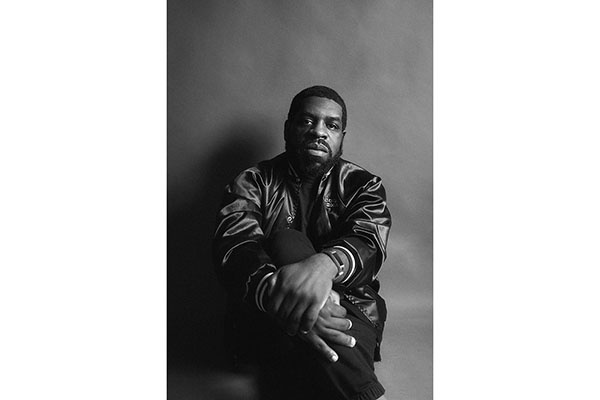 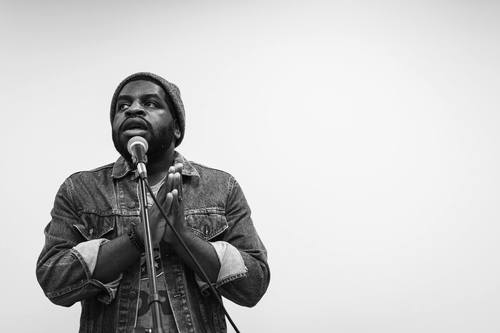 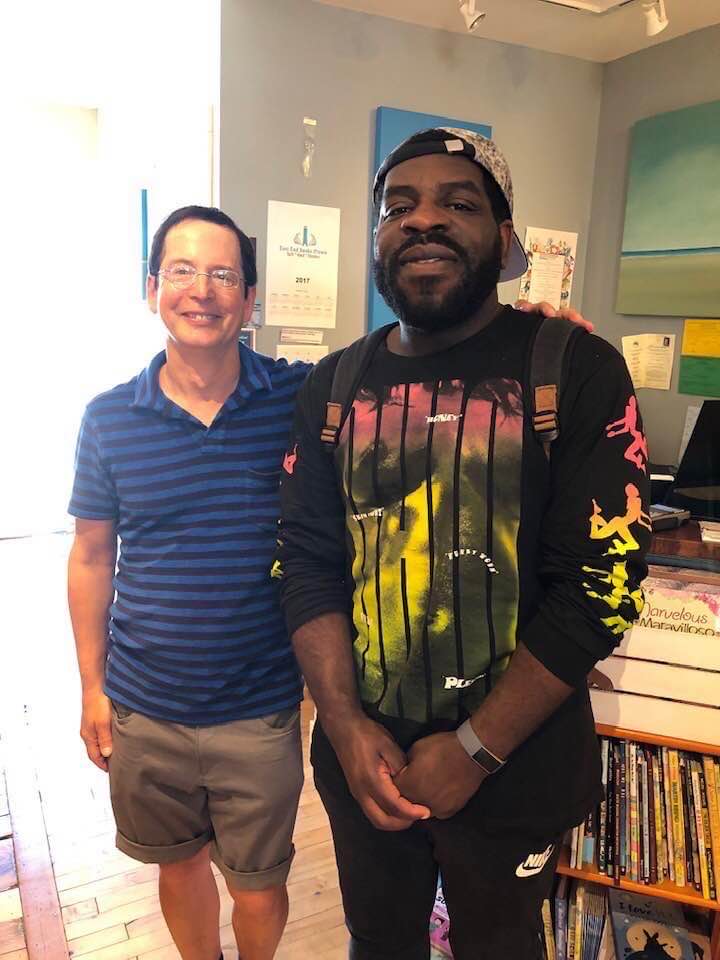