East End Books Ptown is happy to present Ivy Pochoda "Wonder Valley" and welcome Ivy to our store for an exciting reading, discussion & book signing on Friday June 21st at 7 pm. Don't miss this chance to meet Ivy! RSVP with Eventbrite to get your free ticket and also let us know you'll be attending on our Facebook Event Page.

****Also, Ivy will be teaching a 1 week course at the Fine Arts Work Center in Provincetown beginning June 16th   and an online writing course -   Details here.

Ivy Pochoda grew up in Cobble Hill, Brooklyn, and is a former professional squash player. She is the author of The Art of Disappearing and Visitation Street. She now lives in Los Angeles with her family. Ivy

is the author of the critically acclaimed novels Wonder Valley and Visitation Street. Wonder Valley won The Strand Magazine Critics Award for Best Novel and was a finalist for the Los Angeles Times Book Prize, and the Southern California Independent Booksellers Award, as well as the Grand Prix de Litterature Americaine in France. Visitation Street received the Page America Prize in France and was chosen as an Amazon Best Book of 2013 and a Barnes & Noble Discover Great New Writers series.

Refinery29 Best Book of the Year

“Destined to be a classic L.A. novel.”—Michael Connelly

When a teen runs away from his father’s mysterious commune, he sets in motion a domino effect that will connect six characters desperate for hope and love, set across the sun-bleached canvas of Los Angeles.

From the acclaimed author of Visitation Street, a visionary portrait of contemporary Los Angeles in all its facets, from the Mojave Desert to the Pacific, from the 110 to Skid Row.

During a typically crowded morning commute, a naked runner is dodging between the stalled cars.  The strange sight makes the local news and captures the imaginations of a stunning cast of misfits and lost souls.

There's Ren, just out of juvie, who travels to LA in search of his mother. There's Owen and James, teenage twins who live in a desert commune, where their father, a self-proclaimed healer, holds a powerful sway over his disciples. There's Britt, who shows up at the commune harboring a dark secret. There's Tony, a bored and unhappy lawyer who is inspired by the runner. And there's Blake, a drifter hiding in the desert, doing his best to fight off his most violent instincts.  Their lives will all intertwine and come crashing together in a shocking way, one that could only happen in this enchanting, dangerous city.

Wonder Valley is a swirling mix of angst, violence, heartache, and yearning—a masterpiece by a writer on the rise. 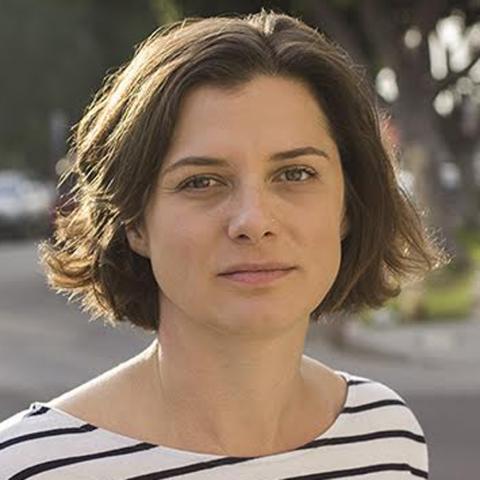