East End Books Ptown is happy to welcome writers from Lambda Literary's 2018 Emerging Writers in Nonfiction Fellowship Program. They'll be joined by Benoit Denizet-Lewis, the faculty member for Lambda Literary's 2018 Emerging Writers in Nonfiction Fellowship. Benoit is a longtime writer with the New York Times Magazine and the author of the New York Times bestselling "Travels With Casey." He teaches at Emerson College, where he directs the Publishing Series.

The Writers Retreat for Emerging LGBTQ Voices was established in 2007 and is the first of its kind ever offered to LGBTQ writers: a one-week intensive immersion in fiction, nonfiction, poetry, genre fiction and playwriting. The Retreat is an unparalleled opportunity to be mentored by the very best writers in our community, to develop one’s craft, make connections with publishing industry professionals and build a strong community of peers.

Applications for the 2020 Retreat will open in December 2019.

Mariam Bazeed is a nonbinary Egyptian immigrant, performer, and alliteration-leaning writer of prose, poetry, and plays, living in a rent-stabilized apartment in Brooklyn. To procrastinate from facing the blank page, Mariam runs a monthly-ish performance salon series, and is a slow student of Arabic music.
Christopher Bakka is a writer from Texas and a Lambda Literary fellow. While studying at Knox College, he was awarded a Ford fellowship to attend Naropa University’s Jack Kerouac School of Disembodied Poetics summer writing program. His work has appeared in If You Can Hear This and Assaracus, both from Sibling Rivalry Press.
Peter Bresnan is a writer and journalist based in New York. He currently produces original content for Spotify.
Rhett Craig Cooper is a dreamy nightmare who likes making God watch him crush dudes.
Daniel Elder lives and writes in Oregon with his cat, Terence. His semi-pseudonymous book of essays The Museum Dose is destined to be a cult classic among psychedelic heads, and he has published essays with The Rumpus, Entropy, Origins Journal, Newtown Literary, and many more.
Naomi Gordon-Loebl is a writer whose work has appeared in Harper's, The New York Times, The Nation, Hazlitt, and elsewhere. She was born, raised, and still lives in Brooklyn.
Jackie Hedeman is a lightly sunburned Midwestern writer with work in The Offing, 1966, Autostraddle, and elsewhere.
Margaret Redmond Whitehead is a journalist and fiction writer living in western Massachusetts. Her most recent work has appeared in The Puritan, The Atavist and The Millions.
AK Saini is a lethal weapon recently named by Marie Claire Magazine as one of seven sex workers better suited for the presidency than donald trump.
Adam Swanson, MPP, is a writer and has forthcoming publications at The Rumpus, Corporeal Writing, and Lambda Literary. Adam was the AIDS Healthcare Foundation Student Awardee at George Washington University's LGBT Health Policy & Practice graduate program and currently works at the Suicide Prevention Resource Center.
Event date:
Sunday, September 1, 2019 - 5:00pm to 6:15pm
Event address:
389 Commercial St.
Provincetown, MA 02657 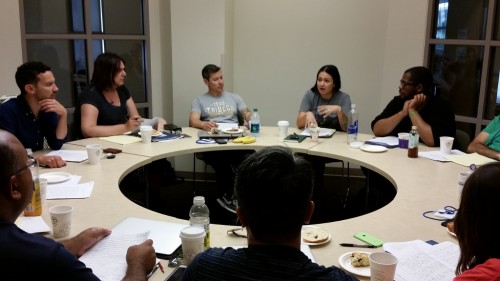