East End Books Ptown welcomes Margaret McMullan to Provincetown for a Reading & Book Signing on August 8th at 7pm. Please buy the book in advance and RSVP to get your Free ticket via Eventbrite & Facebook.

The moment she discovers the existence of Richard, a long-lost relative, at Israel’s Holocaust Museum, Margaret McMullan begins an unexpected journey of revelation and connectivity as she tirelessly researches the history of her ancestors, the Engel de Jánosis. Propelled by a Fulbright cultural exchange that sends her to teach at a Hungarian University, Margaret, her husband and teenage son all eagerly travel to Pécs, the land of her mother’s Jewish lineage. After reaching Pécs, a Hungarian town both small and primarily Christian, Margaret realizes right then and there how difficult her mission is going to be.

Praise for Where The Angels Lived

Where the Angels Lived is a powerful story of loss and remembrance, a journey to the past that informs our present. It is impossible to read this richly textured story and not be deeply moved by the lost voices who rise from the dead to speak in these pages. They, and we, should be forever grateful for their resurrection painfully and lovingly wrought by Margaret McMullan.

The Innocent Have Nothing to Fear

McMullan brings us along on a fascinating journey to discover the history of her once influential and industrious family - the Engel de Jánosi....They are entrepreneurs, musicians, lovers, builders and fighters, who, without the author's painstaking research, would have been erased from history forever.

Where the Angels Lived is an engaging, humorous account of one American’s discovery of family roots and her personal struggle to understand the hate-filled history of 20th century Europe. Like Edmund de Waal's Hare with the Amber Eyes, McMullan pieces together the lost story of her forgotten ancestor and reminds us all how easy it is for humans to willfully ignore the murderous past and contemporary evil.

In this factional book you follow the Tragical Mystery Tour of the author from the USA to Pécs, Hungary, where she tries to find the traces of her Jewish ancestors killed in the Holocaust. My Jewish ancestors lived in the very same place and were also killed the same way. The similarities make me cry, the differences make me smile. Common fate—small comfort.

– Miklós Vámos, The Book of Fathers

Margaret McMullan has written a beautiful and heartrending account of her pilgrimage to Pecs, Hungary in the hope of retrieving what she can of the story of a distant (Jewish) relative, lost in the Holocaust.  Written with her usual vividly realized, emotionally engaging prose, in which Margaret emerges as a protagonist with whom the reader identifies, Where the Angels Lived is a powerful testament of familial mourning as well as a vision of 20th century European history that is both searing and uplifting.

An absolutely riveting story by an utterly engaging narrator--a triumphant blend of honesty, insight, research and imagination.  The lethal, irrational hostility of one people towards another is movingly conveyed in all its appalling vividness, at the same time as a vein of humor and delight in discovering and recovering the past animates the prose.  McMullan's best book.

Into this terrifying moment of severe intolerance in America, arrives this meticulously researched, soul-driven account of the generational trauma caused by another country that turned on and gave up its own. Margaret McMullan did not ask for the assignment that sent her and her family to Hungary to mourn an unknown family member lost to the Holocaust, but her radical courage, determination and stamina in the face of that assignment is breathtaking, insisting we pay attention, to the crimes of the past and our actions in the present, because, of course, it can happen here.

A recipient of a 2010 NEA Fellowship in literature, a 2010 Fulbright at the University of Pécs in Pécs, Hungary, and the National Author Winner of the 2011 Eugene and Marilyn Glick Indiana Authors Award, Margaret McMullan is the author of seven award-winning novels. In 2015, she and Phillip Lopate curated Every Father’s Daughter, an anthology of essays about fathers by great women writers such as Alice Munro, Ann Hood, and Jane Smiley. Look for her new memoir, Where The Angels Lived: One Family’s Story of Loss, Exile, and Return in May 2019.

Margaret’s work has appeared in USA Today, The Washington Post, The Huffington Post, The Los Angeles Times, The Chicago Tribune, The Boston Herald, Glamour, The Millions, The Morning Consult, The Morning News, Teachers & Writers Magazine, Ploughshares, Southern Accents, Deep South Magazine, StorySouth, TriQuarterly, Michigan Quarterly Review, The Greensboro Review, Other Voices, Boulevard, The Arkansas Review, The Montréal Review, National Geographic for Kids, Southern California Anthology, Southern Accents, and The Sun among several other journals and anthologies such as Christmas Stories from the South’s Best Writers. A 2007 Eudora Welty Visiting Writer at Millsaps College in Jackson, Mississippi, Margaret has taught on the summer faculty at the Stony Brook Southampton Writers Conference in Southampton, New York, at the Eastern Kentucky University Low-Residency MFA Program, and at the University of Southern Indiana’s Summer and Winter Ropewalk Writers Retreat. She was the Melvin Peterson Endowed Chair in Literature and Creative Writing at the University of Evansville, where she taught for 25 years. Recently she served as a faculty mentor at the Stony Brook Southampton Low-res MFA Program. She writes full time now in Pass Christian, Mississippi.

Where the Angels Lived: One Family's Story of Exile, Loss, and Return (Paperback) 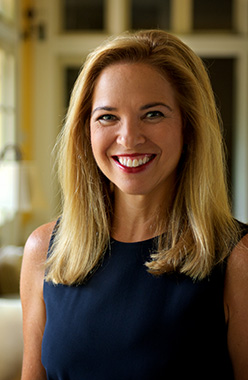