PRAYER BOOK OF THE ANXIOUS

Praise
“With a perceptiveness and poise that serve as a curative balm, Yu brilliantly tackles the notion of healing in a society that can make its most aware citizens ill.”
—Publishers Weekly ★
“In Prayer Book of the Anxious, Josephine Yu explores the tenacity of the human spirit, in all its quirkiness and fallibility. Her poems reveal holiness in paying attention to the earthly and human rather than the heavenly and angelic.”
—Tupelo Quarterly
“For Yu, ‘the god of despair’ is ‘the father of the god of attention,’ and these poems are marvelously attentive to the shifting tides in the self as it performs its daily offices of sorrow and love.”
—Kim Addonizio, author of The Poet’s Companion
“These are smart, savvy poems, but they are also humane in the best sense of that word: interested in the human and compassionate to all beings. Josephine Yu asks the right questions—‘What animal am I?’ and ‘Ready to go home?’—and the answers she gives are always those of an anxiety-born attention, not just to the self but to all of humanity.”
—Sarah Kennedy, Judge of the 15th Annual Elixir Press Poetry Awards
“Josephine Yu’s poems are alternately sprightly and grave, saucy and sincere.”
—John Skoyles, Judge of Ploughshares 2013 Emerging Writers Contest

Author’s Bio
Josephine Yu is the author of Prayer Book of the Anxious (Elixir P, 2016), winner the Judge’s Prize of the 15th Annual Elixir Press Poetry Awards. Her poems have appeared in such journals as Ploughshares, The Southern Review, TriQuarterly, and Crab Orchard Review, as well as the anthology Old Flame: From the First 10 Years of 32 Poems Magazine. Mark Strand selected her work for inclusion in Best New Poets 2008. Thrice nominated for a Pushcart Prize, she won the Ploughshares 2013 Emerging Writers Contest, Meridian’s 2010 Editor’s Prize, the New Letters 2010 Poetry Award, and the New Letters 2010–2011 Readers Award for Poetry. She holds a PhD from Florida State University and an MFA from Georgia State University. She lives with her husband in Tallahassee, Florida. Visit her at josephineyupoet.com

Prayer Book of the Anxious (Paperback) 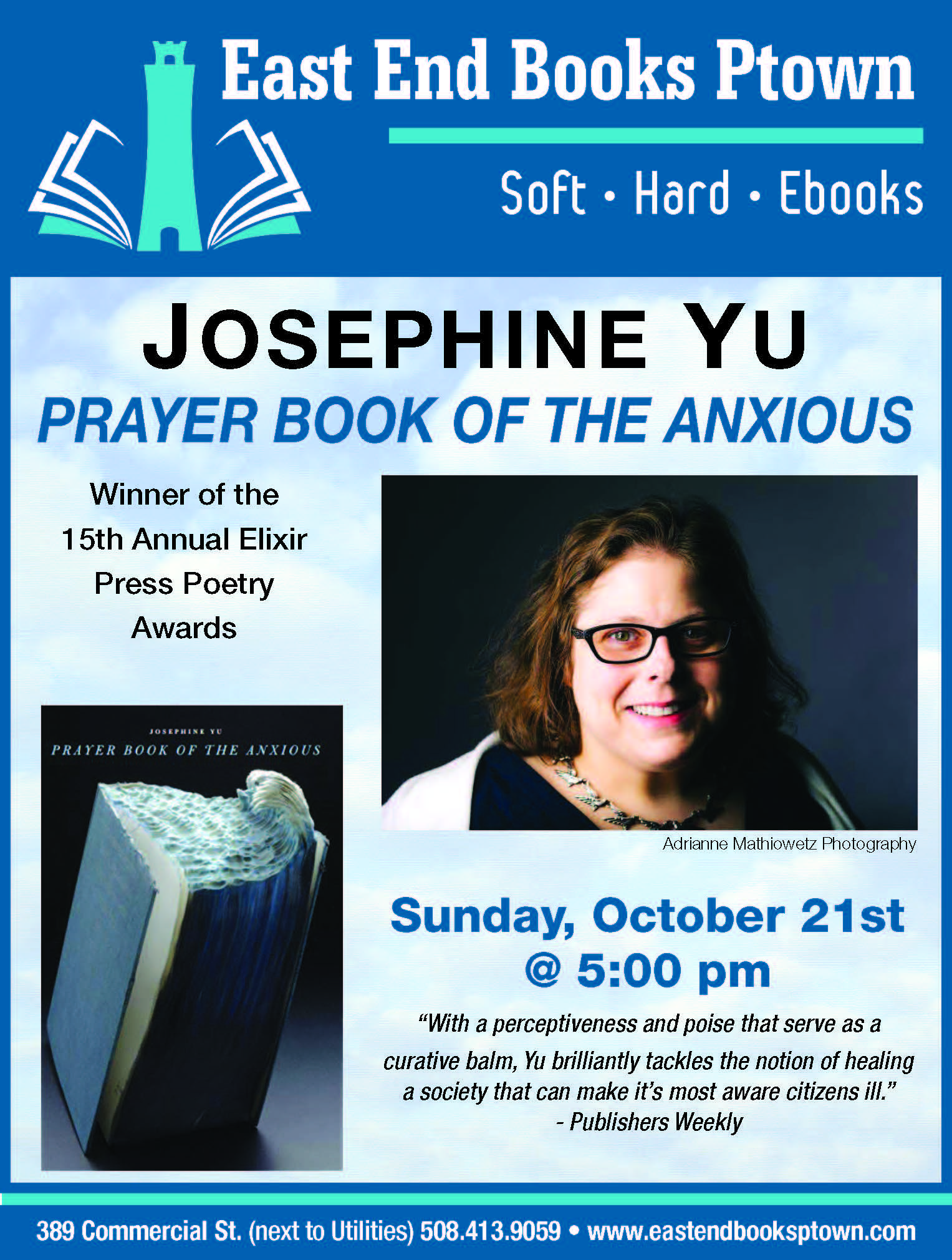