East End Books Ptown is happy to present Kim Powers -  "Rules for Being Dead" for a virtual book event on Wednesday November 4th at 6pm.

* Click on the zoom link just before 6pm on November 4th. You'll be placed into a virtual waitng room and will be admitted once the event begins.

Advance purchase of the book is required to receive a signed copy.

From Kim Powers, author of the critically acclaimed memoir The History of Swimming and the novels Capote in Kansas and Dig Two Graves, comes RULES FOR BEING DEAD (Blair, 8/4/2020, $25.95). A deeply personal, nostalgic, coming-of-age story with a ghostly twist set in a small Texas town in the 1960s. Early readers called this book a blend of The Lovely Bones and The Curious Incident of the Dog in the Night-Time, with a hint of The Last Picture Show. Ten-year-old Clarke Perkins is desperate to know what caused the sudden and mysterious death of his beloved 44-year-old mother, but no one will tell him. Inspired by the movies he sees every weekend at the local movie house, he begins to play detective on his own to find out. As he pieces together the strange clues he finds at home with the odd bits of hushed conversations around him, he realizes his mother’s death was far from normal. In fact, his father may have had a hand in it. At the same time, his dead mother, a fourth-grade teacher named Creola Perkins, floats above in a sort of limbo trying to pinpoint the exact moment of her death, and what caused it. As she drifts around gathering clues, she remembers what brought her to that final week of her life: a courtship that seemed promising; a marriage that was not; a life devoted to teaching other people’s children; spells and fits she can’t control and doesn’t understand, but most of all, her obsessive love for her two young sons, sensitive and wise beyond their years.

A mother, a son, each with the same question: how did she die? As Clarke moves forward in time to find out his mother moves backward, and each memory brings her closer and closer to the truth. Was it suicide―or murder―or something else that no one saw coming? At turns heartbreaking and humorous, part literary thriller and part coming-of-age novel, RULES FOR BEING DEAD celebrates the pain of growing up, of having to say goodbye, and the hidden sacrifices that parents make.

Kim Powers is a two-time Emmy winner and author of the novels Capote in Kansas and Dig Two Graves, as well as the memoir The History of Swimming, a Barnes & Noble Discover Award winner and Lambda Literary Award finalist for Best Memoir of the Year. He also wrote the screenplay for the festivalfavorite indie film Finding North. Powers is the Senior Writer for ABC’s 20/20, part of the team that has received three consecutive Edward R. Murrow Awards. A native Texan, he received an MFA from the Yale School of Drama. In 2007, he was selected by Out Magazine for the influential “Out 100” list. He lives in Manhattan and Asbury Park, NJ.

“In a story that’s both cagey and unfailingly entertaining, Powers explores life’s deepest questions and most profound mysteries. Only a writer this in touch with his own humanity could populate a novel with characters who, despite their flaws, failures, and eccentricities, are humane and good.”―Wally Lamb, author of I Know This Much Is True and She's Come Undone “Kim Powers writes a glorious novel about a boy and his journey to feel whole after the mysterious death of his mother. Mr. Powers’ prose is artful and searing as Clarke’s story unfolds in a Texas town so vivid, the reader is there. Secrets are revealed, hope is lost and found, and redemption awaits in this beautifully rendered tale about love and loss, and the courage to face the truth with an open heart.”―Adriana Trigiani, New York Times bestselling author of Tony’s Wife “A tour de force in voice and structure, this uniquely heartbreaking novel―literary fiction meets boy detective―is somehow adorable and sinister at the same time. The brilliantly talented Kim Powers has created a poignant and remarkable story.”―Hank Phillippi Ryan, award-winning author of The Murder List “Rules for Being Dead is a rich and compelling novel about a mother and her sons that is filled with nostalgia, heartbreak, and a love that will never die. Kim Powers has created an unforgettable story about discovering the world through movies, engaging with the tougher realities of life, and learning to forgive the people around us and ourselves.”―Will Schwalbe, New York Times bestselling author of The End of Your Life Book Club and Books for Living “It’s time well spent with the Perkins family, though the father should be locked up, one son should be disarmed, and the mother who might fix everything can’t―because unfortunately she’s a ghost. Unorthodox, quirky, funny and heartbreaking, Powers’ love letter to difficult families (and 1960s film classics!) is a blast.”―Wilton Barnhardt, bestselling author of Lookaway, Lookaway “Kim Powers’ Rules for Being Dead caught me by surprise with its intrigue, wit and nostalgia. His incredibly moving novel takes you back home―no matter where, or when, you grew up...Get ready to be captivated by a lonely boy who’s lost in the world of ’60s movies and true crime and employs both of them to try to solve the ultimate mystery: what caused his mother’s mysterious death? And one more thing? Despite its title, this book is about learning how to live, with every breath you take.”―Deborah Roberts, ABC News Correspondent “Rules for Being Dead offers a startlingly original perspective on misapprehension, forgiveness, and love and delivers its vision with a punch. I picked up the book and could not put it down.”―Elaine Neil Orr, author of Swimming Between Worlds

Rules for Being Dead (Hardcover) 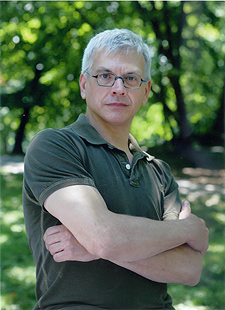