Post-rehab, Maggie Terry is single-mindedly trying to keep her head down in New York City. There’s a madman in the White House, the subways are constantly delayed, summer is relentless, and neighborhoods all seem to blend together.

Against this absurd backdrop, Maggie wants nothing more than to slowly rebuild her life in hopes of being reunited with her daughter. But her first day on the job as a private investigator lands her in the middle of a sensational new case: actress strangled. If Maggie is going to solve this mystery, she’ll have to shake the ghosts—dead NYPD partner, vindictive ex, steadfast drug habit—that have long ruled her life.

"A sprawling exploration of New York nostalgia, police brutality, addiction memoir, and queer love, with a mystery as the cherry on top." —Kirkus Reviews

“Sarah Schulman's startling brilliance and wry humor is everything.” —Jacqueline Woodson, author of Another Brooklyn

“Maggie Terry is the most beautiful, most bitter, most sweet, and all around best detective novel I’ve read in years. This book has depth and vision to spare. Precise, insightful, heartbreaking, and page turning—read this book, now.” —Sara Gran, author of Claire DeWitt and the City of the Dead

“Clear-eyed and beautifully written, Maggie Terry is classic Schulman. She flenses and dissects the human condition, weighs every organ—how we connect, what forms the beating heart of a community—then magically breathes life back into the husk and helps it rise, reborn.” —Nicola Griffith, author of So Lucky

"Entirely original and mixing many genres, this book is about imagining a way forward when there seems to be no way at all.” —Kaitlyn Greenidge, author of We Love You, Charlie Freeman

“Ex-cop Maggie Terry draws us inside the greatest mystery of all—herself—in a reverberating story of our times. Sarah Schulman is at the top of her very considerable powers in this deeply humane novel. It is profoundly, just stunningly good.” —Katherine V. Forrest, author of High Desert

“Sarah Schulman’s Maggie Terry is a page-turning murder mystery, yes. Yet what makes it so compelling and unique is Maggie herself—a lovesick recovering addict, grieving for her former life. Her search for the killer becomes something altogether more than a whodunit. Ultimately, the novel is an inspiring psychological portrait of a woman trying to make her way back from the edge.” —Danny Caine, The Raven Book Store 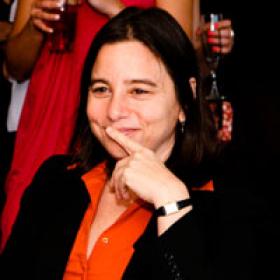